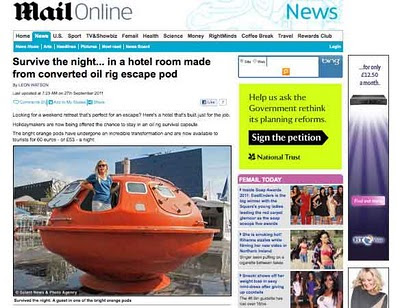 A hotel in Holland has converted bright orange oil-rig survival capsules into some amazing rooms. The pods in the Hague cost about 60 euros a night (£53).

Daytime temperatures in some parts of the UK are expected to be 82F (28C) this week - hotter than Hawaii's holiday island of Kauai.

Forecasters say the heatwave is caused by a plume of air from Greece.

The world's largest haul of precious metal from a shipwreck has been found on a British cargo ship sunk during the Second World War in the Atlantic 300 miles off the coast of Ireland.

Seven million ounces of silver, worth about £155 million at today's prices, was being carried from India by the SS Gairsoppa when she was sunk by a German U-boat.

Odyssey Marine Exploration, which will keep 80 per cent of the find, says the Gairsoppa lies nearly 4,700 metres below the surface in the North Atlantic. 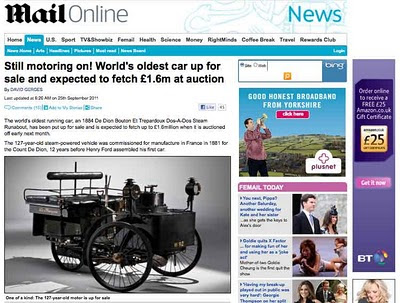 The oldest running car in the world is for sale - and is expected to set back its new owner about £1.6 million at auction next month.

Hundreds of pigs stolen by hog rustlers in Minnesota, Iowa

Hog rustlers are stealing hundreds of pigs in Minnesota, Iowa, USA, according to a CNN report.

The thieves recently stole 150 pigs, worth $30,000, from Ryan Bode in Lafayette, Minnesota. "I think it is a very well-organized ring," he told CNN.

Last year, hogs were selling for about $130, but that has shot up to $200 - an incentive for thieves to hog the market.

Police in Colombia have seized a submarine owned by the Farc rebels that could ship up to seven tons of drugs.

The sub, which could hold a crew of five, is worth about $2 million and was captured at Buenaventura on the Pacific coast.

The animal rights group PETA (People for the Ethical Treatment of Animals) is to launch a pornography website, according to the Telegraph.

The organisation says it hopes to raise awareness of veganism with a mix of pornography and graphic footage of animals suffering.

A magnitude 6.8 earthquake has struck north east India, Nepal and Tibet, with dozens killed and injured.

Three people were killed, including an 8-year-old, when a wall collapsed at the British embassy in Nepal.

The quake epicentre was in the Indian mountain state of Sikkim, where several people were killed. 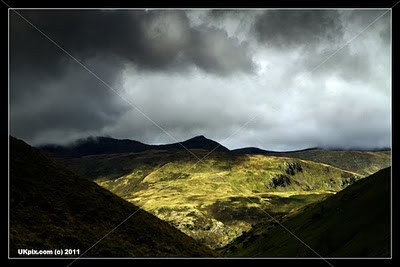 Just come back from the Lake District on a very damp and windy week. But the sun did break through at times and the weather did at least mean some dramatic pictures, with stormy clouds hanging over the fells and rays of sunshine lighting up the landscape.

This picture was taken using the superb Canon 7D digital camera and a 24mm-70mm L lens. While both are supposed to be weatherproof (up to a point), I tucked them away in a plastic liner inside a rucksack (it's expensive gear) as I climbed up mountain tracks.

Only just managed to get this picture as the sun broke through the black clouds and I scrambled into the rucksack.

This second picture is taken with an Olympus XZ-1, a very handy camera to carry around. Use RAW, though... the JPGs are not so good.

The shot is of Ullswater at Glenridding, from where steamers sail across the lake. It was just a hop, skip and a jump from where I stayed (The Glenridding Hotel), hence the small camera tucked into my pocket just in case of photo opportunities as I strolled down to the lake before dinner. 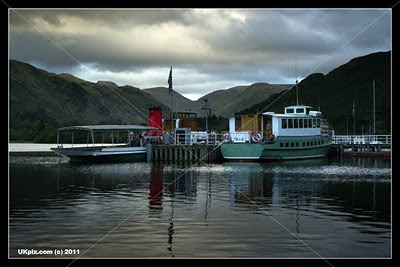 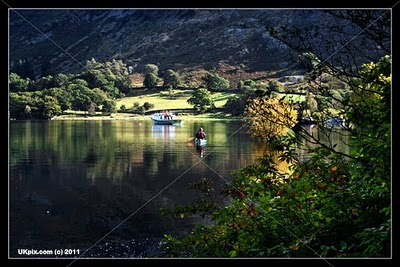 Miss Italy beauty show models banned for being too sexy

Three model contestants for the Miss Italy beauty contest have been banned from the show because they had posed for pictures that judges said were too sexy.

A backstage source told the Mail: "The organisers like to keep Miss Italy squeaky clean so anything slightly naughty is stamped on quick." 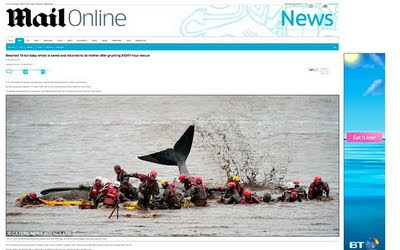 A Minke whale was saved after becoming beached near Grimsby, Lincolnshire, and returned to its mother.

Rescuers took eight hours to free the 15-ton, 30ft calf from a shallow dock, digging a trench so that the mammal could swim free at high tide.

A student died after being stabbed in the heart during a row about conkers being thrown at him. Steven Grisales, 21, was attacked as he walked to a station in Edmonton, London.

Two 15-year-olds have been arrested.

A woman has died after failing from a cliff in Wales.

The experienced climber and her partner had just completed a climb in a tourist area and was beginning her descent when she fell into the sea.

A lifeboat crew failed to resuscitate the climber before she was airlifted to hospital.

Bacteria found in the soil could deliver cancer drugs to kill tumours, according to a BBC report.

Scientists have genetically engineered the bacteria to activate the drug, but it will be some time before the full potential of their work is realised.

American officials have warned that terrorists could try to use small aircraft to mount attacks, says CNN.

The warning was issued last Friday, just a week before the 10th anniversary of the September 11, 2001, attacks on the World Trade Center in New York and Washington.

There is no known specific plot, but Homeland Security says there is a need for "continued awareness and vigilance". 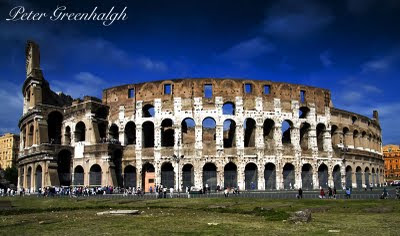 Vandals have attacked monuments in Rome, including the Colosseum, the Trevi Fountain and a marble statue in the Piazza Navona.

An American student was caught scaling the walls of the Colosseum, apparently trying to chip marble from the famous amphitheatre

Help! There's a fox in my bed - grandmother wakes to find animal clawing her

Mary Small, 68, was woken by an animal clawing at her face. Then she realised that it was a fox and leapt out of bed.

The fox was eventually chased from the house by her husband, Tony, in Bournville, Birmingham.

This latest attack is among several recent incidents that show foxes are losing their fear of humans.

A 21-year-old motorcyclist died when rescuers dropped the car he was pinned under after an accident in New York, USA.

Karam Rampersaud had been involved in a collision with a Ford Taurus in Brooklyn. Police and firefighters lifted the car, but it slipped and crushed him.

A 61 year old woman has died after being injured by cows as she walked her dog through a field in Cardiff, Wales.

She is the second woman to be killed by cows in the Cardiff area while walking a dog in the past two years.

Dairy farmers say cows can be upset by dogs and say owners should let go of the lead rather than shield their pet if confronted by livestock.