A worthy cause... keeping people fit. Zumba with Becky Bristow...

Crikey! A brilliantly written (as you would expect), withering piece by my former boss Max Hastings on Boris Johnson.

He gives the London mayor both barrels from his shotgun, sends in the spaniel to grab him by the throat, plucks him and then roasts him on a spit over an open fire.

With a nice turn of phrase in every paragraph, he puts the wannabe Prime Minister (yes, of course, he wants to be PM) firmly in his place. But it's a bit harsh.

I've known the big white mop for as long as Sir Max and I've seen him at his most, shall we say, chaotic. But I like him; he makes me laugh; he's a clever boy, although he doesn't know the meaning of the word "deadline".

I have a deep respect for Sir Max, he is a brilliant journalist. But life isn't about being serious all the time. What's wrong with a bit of fun?

If Boris brings pizzazz to politics, cheers up the people AND throws in the right policies, he'll get my vote.

He could be a better choice than the over-serious, untrustworthy, po-faced automatons who have run this country for decades… and made a pig's ear of it.

Email ThisBlogThis!Share to TwitterShare to FacebookShare to Pinterest
Labels: Boris Johnson, I'll be on the first plane out of Britain, If Boris becomes PM, Max Hastings, prime minister 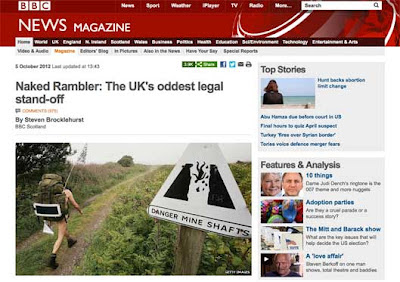 Naked rambler Stephen Gough has spent more than six years in Scottish jails for refusing to put his clothes on.

Sometimes freedom has lasted only a few seconds as he has walked out of prison naked and been arrested again.

He has walked naked twice from Land's End to John O'Groats and had run-ins with English police – but the Scottish police and courts are a lot tougher on wandering around in your birthday suit.

One consolation I suppose is that it must be a lot warmer in jail than on the mountains.

A music student from Bangor University has been employed to work as a human scarecrow in a Norfolk field. Jamie Fox, 22, will earn £250 a week frightening away birds with his ukulele, accordion and a cowbell.

Sheep with the upside down head - is this video real? The owner insists that it is

The video of a sheep with an upside down head has sparked a debate on the internet. Is the film genuine? Allan McNamara, of Middlesbrough, Yorkshire, who filmed the sheep, says the video is real.

The animal may have been born with a twisted spine but, according to a vet, is in no pain.

Email ThisBlogThis!Share to TwitterShare to FacebookShare to Pinterest
Labels: genuine, sheep with upside down head, video

Oh deer! Brilliant. I will show more respect to stags in future.

Brian Hitchen, former editor of the Daily Star and the Sunday Express, said he knew about allegations of abuse by Jimmy Savile 45 years ago. In effect, he says newspapers didn't do such stories then and, in any case, libel laws protected people like Savile.

Hang on a minute, libel laws are draconian in this country, but if a story is substantially true AND you can prove it, then you have a defence.

Until now, nothing has appeared since Hitchen heard these rumours and it's a big story. So, is he really saying: 1) the tabloids couldn't prove these rumours, despite having 45 years on which to work on them. 2) He sat on the story for 45 years? 3) The rumours were filed in the "Forget it / too much trouble / refer to lawyers" drawer? Bet I know which one.

So why now? Simple, you don't have to prove anything because Savile is dead. You can't libel the dead; he can't challenge you.

However, an important question remains unanswered. If all the people coming out of the woodwork "knew" about Savile, why weren't the police involved a long time ago? Or did we accept child abuse as a fact of life until a few weeks ago?

Scotland Yard is investigating now and the BBC is working with them to "leave no stone unturned". All a bit late, you might say. Sadly, I can't rule out the possibility that someone did tell them a lot earlier …

The whole thing is starting to smell – if not the true stink of a cover-up, then the nasty whiff of inaction, never mind the children.

Did Jim fix that, too? 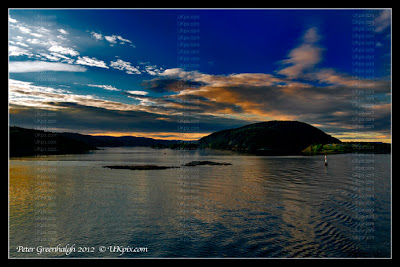 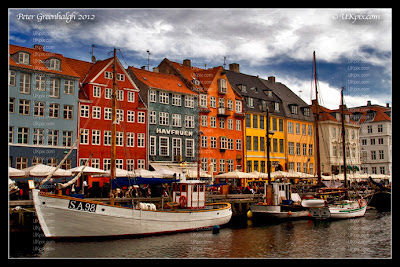