World's fattest woman wants to be fatter - 52 stones (728 pounds) and growing - Arizona, US 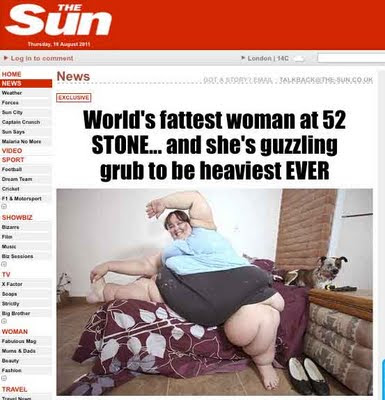 Susanne Eman, of Casa Grande, Arizona, USA, eats 20,000 calories a day and is the fattest woman in the world at 52 stones (728 pounds). Now she is trying to get even fatter, according to the Sun.

According to the Sun, Susanne is already heavier than three baby elephants - or the combined weight of the four-man Manchester United defence.