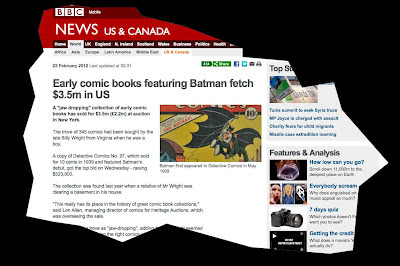 An extraordinary collection of old comic books has sold for $3.5 million (£2.2 million) in New York.

A remarkable collection of 345 comics belonged to Billy Wright, who bought the issues when he was a boy. It was found when Mr Wright died and a relative was clearing the basement of his home in Virginia, USA.